Inspired by the culture and colors of Marrakech that garnered it the title of ‘the Ochre City’, the new Pestana CR7 Marrakech opens to all those looking for new lifestyle experiences in this vibrant Moroccan destination, in keeping with the quality of the Portuguese hotelier group and the energy of the  footballer elected the best world player for five times.

Located on M Avenue, a new cosmopolitan hub with restaurants, a virtual exhibition center, international fashion stores and a mix of intense dynamic culture, the Pestana CR7 Marrakech occupies a central spot in this exciting environment. The hotel offers 174 rooms, a business centre, spa, swimming pool and a fitness centre. 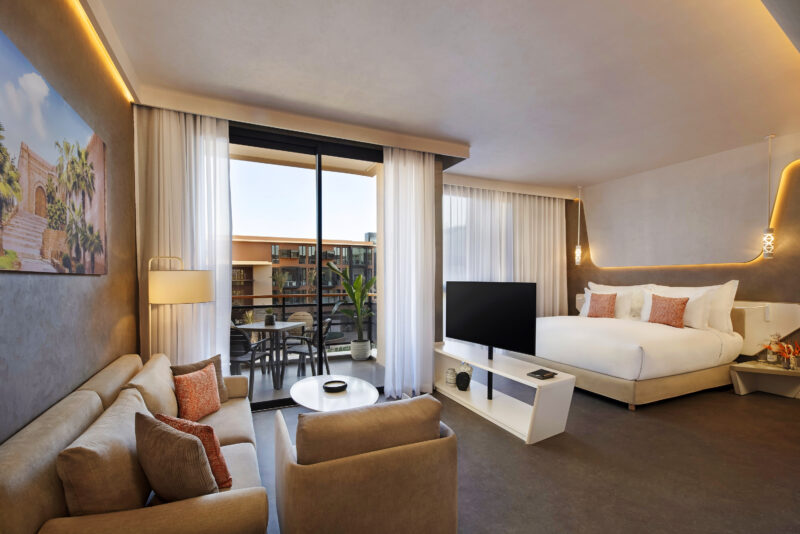 “The new Pestana CR7 Lifestyle Hotel in Morocco is a logical step for the Pestana Hotel Group, which now has three hotels in the country, including Casablanca and Tangier where we already operate. The culture, the good business environment, the thriving economy and the rich history of Morocco, enjoyed in a safe environment, as well as the historical ties that unite the Moroccan and Portuguese peoples, fully justify our third investment in the country“, says Dionísio Pestana. “The partnership between the Pestana Hotel Group and Cristiano Ronaldo enters a new chapter, with the first hotel in Africa, a continent where the group began its internationalization more than 20 years ago and where there is a true and unconditional passion for football, where Cristiano is an expert“, concludes the president of the hotel group.

“When I opened the first hotel with the Pestana Hotel Group in 2016, our ambition was to create an international brand. Since that first milestone in Madeira, our home, followed by the Lisbon hotel, we have already expanded to Madrid and New York. Opening this hotel in Marrakech takes us to the fifth city, but more than a number, it represents my connection to a country that I am passionate about and where I am always made to feel most welcome“, stresses Cristiano Ronaldo, who adds: “the expansion of the Pestana CR7 Lifestyle Hotels is set to continue”.

Nabil Slitine, developer of M Avenue and partner of the brand in this project, recognized as the city’s new hot spot, considers that “We are very proud to partner with the first Pestana CR7 Lifestyle brand hotel in the country. Marrakech is an increasingly sophisticated and lifestyle destination and M Avenue is already visibly contributing for the recognition of Morocco’s improvements in infrastructure and tourism, by its visitors”. 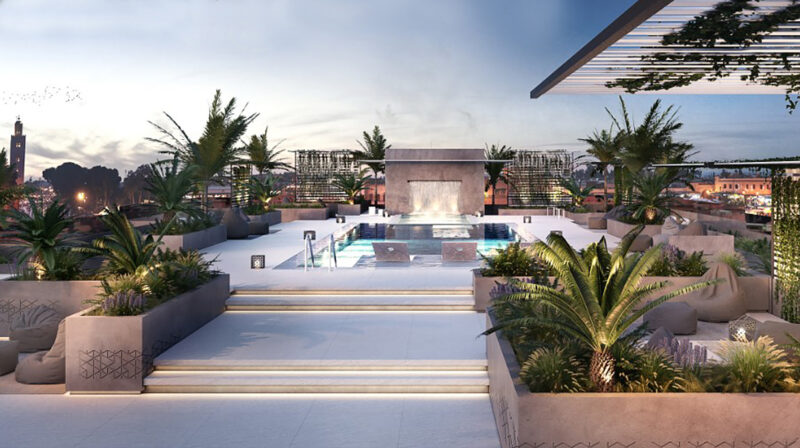 At the top of the new Pestana CR7 Marrakech, the rooftop, from which the panoramic views of the Atlas Mountains and the dynamic M Avenue dominate, are not to be missed. On hot days the swimming pool will be especially enjoyable. An oasis of freshness with natural shade provided by the vegetation. Service extends to the sun loungers arranged in the water, where guests can enjoy a pool menu focused on healthy foods and drinks. In the lobby, modernity and Moroccan and Portuguese cultures coexist in harmony: in the Mesa brasserie, the Mediterranean gastronomy of Portuguese origin stands out, while in the Sports Bar the  concept is to share ‘tapas’ while watching major sports events, after all it is a CR7. In the lobby the millenary tradition of Moroccan tea service, with all of its rituals, is provided daily. These services have been integrated on the Pestana App – with access enabled by the free wi-fi throughout the hotel.

Ideal  for travelers in search of leisure in the city or the outskirts of Marrakech – from camel or jeep tours in the desert, to a trip to the Ouzoud waterfalls in the Atlas Mountains, or mountaineering at 4,000 metres at Jbel Toubkal, – as well as, corporate events, the new Pestana CR7 Marrakech offers rooms equipped with a smart TV, minibar, microwave, coffee machine and tea. 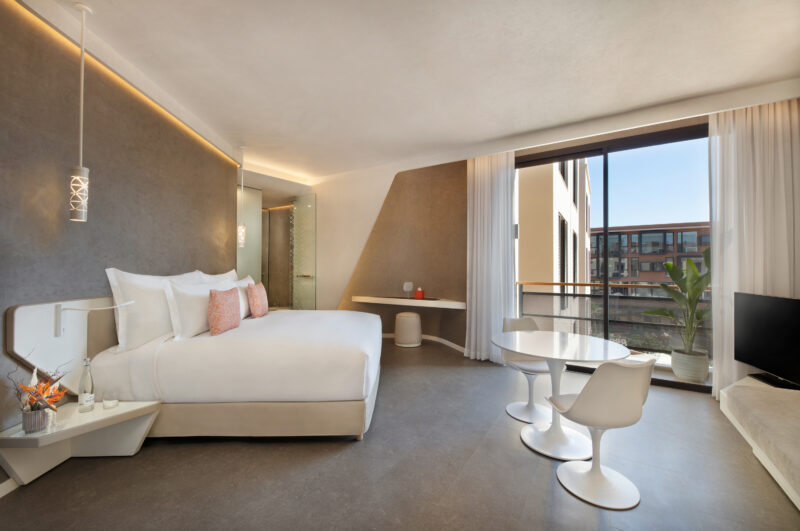